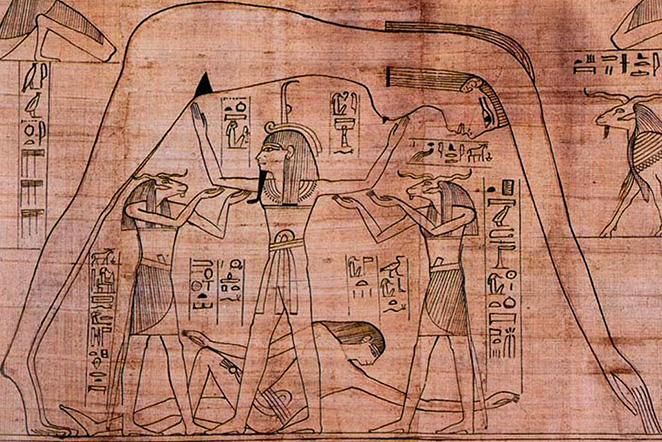 Most of living creatures which share this planet with humans are using their voice as a tool of communication and mutual understanding, however, the genius feature that distinguishes man from these other creatures is his ability to transform his voice into a complex of segments, forming “words” as a direct reflection of his thoughts in a peerless way of identically transforming his ideas to another human letting him knows and understands what’s on his mind.

This allowed man to become more precise (than animals) expressing what’s inside his mind to others, thus he became more capable of expressing his beliefs, feelings, and aspirations.. it made him loves more, hates more, argues, and debates with others, befriends or opposes them.

Man used his voice as did other animals, however, he could transform his voice into a “Speech”, and his words had become fates and destinies over history, created civilizations and narrated legends.

In the beginning Man used his words to communicate with a nearby companion or spouse where his voice was easily heard and his words were clear enough to be understood, eventually he felt the need to raise his voice or may be shout out, moving his hands, and bending his head as supportive ways to deliver his words and expressions over relatively far distance or to a bigger number of listeners (crowds/gatherings), in his family/tribe/village, when it seemed that voice could not be enough to deliver words and thoughts.. at this early stage in human history the art of “Acting” using human voice was born.

Later on, after he perfected his new skills of addressing gatherings of people, the man who has become skilled in public announcement declaring events, telling stories and preaching his neighbors and fellows, he started thinking of transferring his thoughts and ideas over time to upcoming generations, his voice only lasts for a few moments and goes with the wind once others have heard his words, what they hear and know doesn’t last for long in their minds, what if he tried to draw what he was saying in an engravement on that foothill? It will definitely last until his grandsons in the next 7th or 10th generation see it before it gets erased by a volcano or an earth crack.. what a brilliant idea, he said !

Indeed, the very first attempts of humans to draw-down their memories and events started so early, as we can see inside the caves of Tassili n’ajmer in North Africa depicted drawings on the walls tell several stories more than 12,000 years back, the pictographic writing system of ancient Egyptians before and during the old kingdom through the earliest ages in human written history more than 50 centuries before christ was another advancement on the same way, however drawn pictures’ ability to express human thoughts and reflect their words, ideas, memories and legends remained limited in details and incapable in precise expression.. it wasn’t (despite it’s durability over time) neither as capable nor as precise as human voice which reflects the idea in simple direct sharp words.

Pictures were drawn by humans to reflect significant events or to tell a story using simple elements.. a warrior rides his horse, strikes his enemies by hand and holds captives by another, or a hunter throws his skirmish to catch a gazelle. However, pictures remained incapable when our ancestors tried to record numbers, times and dates in addition to names and titles.

As civilizations got more sophisticated and further developed time by time, it became more imperative to find our other ways of recording facts, that allow man to “draw” his thoughts, opinions and visions more precisely and in further details,.. then, a genius idea had come to light on the Middle Eastern plateau of civilizations, an idea that made an epic transition in recording human history.. Man, started writing his voice !