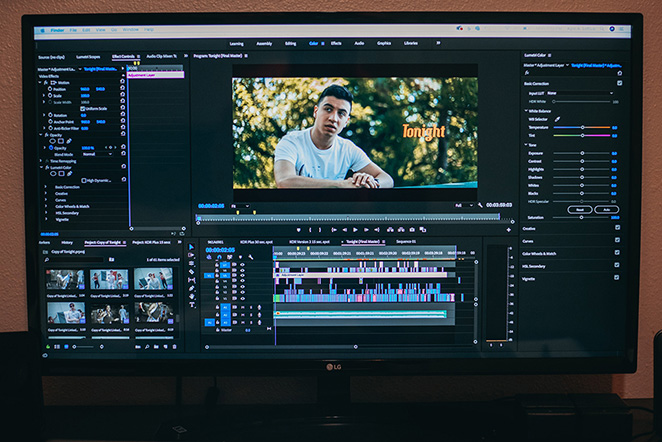 According to Relativity theory, time stretches and slows down when we travel in a speed close to or equal to the speed of light.

According to voice actors working in foreign (non-European) languages like me, time shrinks and speeds up when a voice travels from some language to another out of the source language family !

Each historical era, a language emerges and acts as a communication channel between people in the same community, while performing this vital role through the history of civilizations, the language turns gradually into a major registry of people’s achievements, innovations and literature. When any particular civilization accomplish some significant progress in any field, this is always being reflected into forms of new terms and compositions produced in this language. That progress symbolized in new inventions and discoveries reflects automatically into language development and upgrade into different level of maturity and sophistication.

Numerous examples of these linguistic and social interactions emerged in medieval, when several Arabic terms moved from Arabic to Latin and some other new-born national  European languages, such as:

Which all reflect the precedence of Arabic speaking societies several centuries ago in the field of Chemistry, Astronomy, Mathematics and Music.

Beginning from industrial revolution era, the Western Civilization had taken the initiation, and outran other civilizations introducing new inventions and achieving unprecedented discoveries in human history, which in turn reflected into new linguistic terms, compositions and acronyms started to appear in European languages, while no corresponding localization and translation effort has taken place in Arabic or other oriental languages in order to find and form new equivalents of these terms and acronyms in local languages in Asia and Africa so as to allow their nation keep track of new technological, artistic and political developments achieved through this short period of mankind history.. examples of new terms, abbreviations and acronyms emerged in European languages following that industrial revolution are countless, Television (vision through  distance), Telephone (voice through distance), Automobile (self-tracked wagons), Aircraft (flying craft), AI (Artificial Intelligence), WMD (Weapons of Mass Destruction)… etc.

Ah.. you may say to yourselves now, well.. interesting story, but what does it all do with voice over ?

May be you still remember that the vast majority of my works as an Arabic voice actor were recordings of translated material being localized into Arabic from European origin (English, German, Italian… etc.)  When the project you’re recording is: infographic video, documentary, animation, or xbox game and you need to record your voice to be time-synchronized with an original copy (most likely in English), our client turns crazy !! “why the Arabic copy always comes out longer than the English one ? and why one earth did the Arabic voice recording take all that duration ? we have recorded inFrench and Italian and they both have came perfectly synchronized without any problem !”

Arabic language, by nature, more brief and short-formed in terms of compositions and derivations relative to modern European languages, according to the BBC Institute of Journalism, an average number of words a reporter can read/record in a reasonable reading speed is 120 words/minute in Arabic, or 180 words/minute in English, indeed you can read the same sentence and deliver the exact meaning in Arabic (or other Semitic language) using 2/3 of the word count you used while speaking in European/German language, or may be less.

So, by definition, when we translate/localize a piece of text from English to Arabic the word count should significantly decrease, thus, a voice actor can read the same text in his local language within the same desired time duration, however, what always happen when any English (or European) script is translated, that the script goes bigger and bigger, even becomes twice as the source once, simply because there’s always a lack of equivalent terms and abbreviations in local/target language for each one appears within the script in it’s source copy. So, an acronym like: AI is going to be translated into two words in Arabic: الذكاء الاصطناعي Al Dhaka’u Lestena’y, while a “branding” term like “the Dettol mother” which we encountered while producing the new Dettol summer campaign in the Middle East, will turn into a line of 4 words: The mother who uses Dettol.

Such kind of descriptive translations gets repeated so frequently in some scripts, that it turns huge comparative to the time-duration it should be recorded and fit with, at this point, we go through the night-mare we usually face when we are into time-synchronized recording, the Time paradox.

When we encounter this problematic situation, we usually have three major factors, on which we can work to find out a solution:

Text: Shortening and/or rephrasing the text (sometimes the problem is radically due to bad translation)

Video: Editing the video or the animation and prolonging the scenes to allow more time for the voice and keep the visual corresponding correctly with what the new recorded voice (and this solution is not usually available or cost efficient, especially when your client is restricted to a limited “Paid” broadcast time for example)

Recording speed: Either reading the text in a faster (mostly unusual) reading pace, or applying Time Stretching digitally over the recorded segment to force it fitting within the required duration of original recording.

The shocking reality, that most of our clients prefer working on the third factor, Recording speed, as far as it’s possible to go with, according to their point of view, this is the most cost efficient solution as long as the script is approved by their end client and is unchangeable, this had led us 4 years ago to record a several hours of training videos for Harley Davidson maintenance centers with relatively fast reading speed in order to fit it with the time durations of each segment recorded in the source English version.

On the other hand, the video editing option remains the least efficient option in terms of cost, especially with broadcast restrictions as we referred earlier.

And finally, a good translation, accurate linguistic phrasing, and keeping into consideration the ratio of word count to time-duration available for each recorded segment, by the script writer is the most efficient factor in terms of production quality and final cost. This is the solution usually considered by most prominent world brand when producing their TV or Radio spots, to keep their localized copy running within their 25” broadcast time and keep the message and claim they would like to deliver untouched, with the same clarity and style as it was the source language.